One hundred years ago, the Showers Brothers Company​ was building a furniture factory, and a community. They were innovators (selling by catalog), early adapters​ (using electricity instead of steam), and socially progressive​ (exceptional in their diverse hiring practices). As a new era begins, their spirit and buildings live on in​ The Trades District.

From cabinet maker​ to community hub 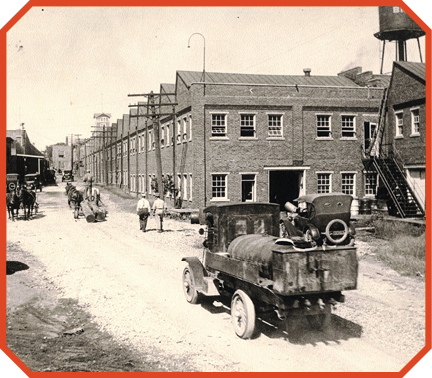 The Showers Brothers Furniture Company moved to the area that is now The Trades District​ in 1884. ​ The three brothers expanded their furniture operation by giving consumers what they wanted: ​ high quality products at affordable prices. ​ Over time, the campus grew to include three plants, a planing mill, dry kilns, garage, executive offices, and a research laboratory. The sawtooth rooflines were among the first of their kind in the world and endure today as the district’s most striking feature. 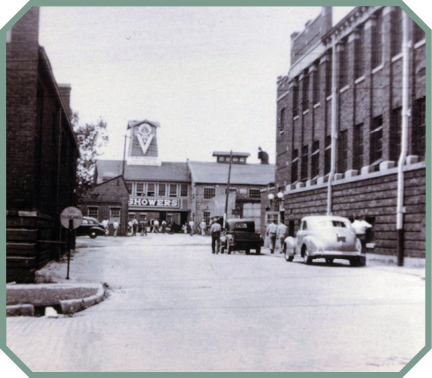 At its peak in the 1920s, the Showers Brothers Furniture Company produced more than half of all the furniture made in the United States. ​ The company described itself as “the world’s largest producer of bedroom and dining room furniture” and grew market share through its innovative sales and marketing techniques. The company attracted and retained labor with its liberal hiring practices and generous employee benefits. ​ Showers was good for Bloomington, and vice versa. 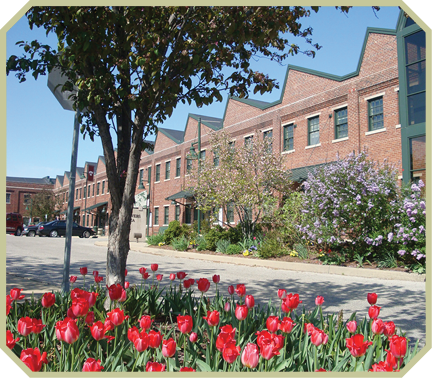 The Great Depression and post-WWII industrial growth in the South resulted in the eventual closure of Showers Brothers in 1955. ​ From 1959-1994 Showers buildings were used as storage by Indiana University. ​ In 1994, the City of Bloomington, CFC Inc., and Indiana University joined forces in the $28 million rehabilitation of Plant #1, which now functions as a hub of activities in downtown, including city, county, private offices and the Saturday Farmer’s Market. ​ Its success advanced numerous other downtown adaptive reuse projects. 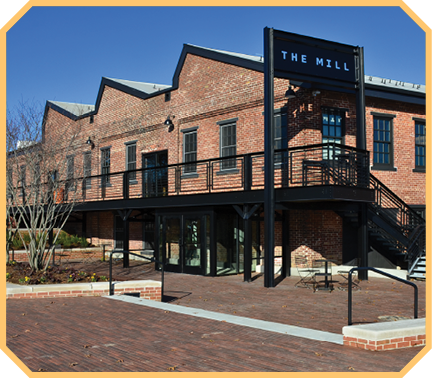 In 2011, the City of Bloomington purchased from Indiana University the 12 acres that is now The Trades District. ​ Since then, City leaders have planned out the future of the Trades District, removed the incompatible, saved the irreplaceable, and installed the backbone infrastructure necessary to position the area for the next 100 years. ​ The Mill opening in late 2018 was a smashing success. ​ The Trades District’s future may be even brighter than its past.